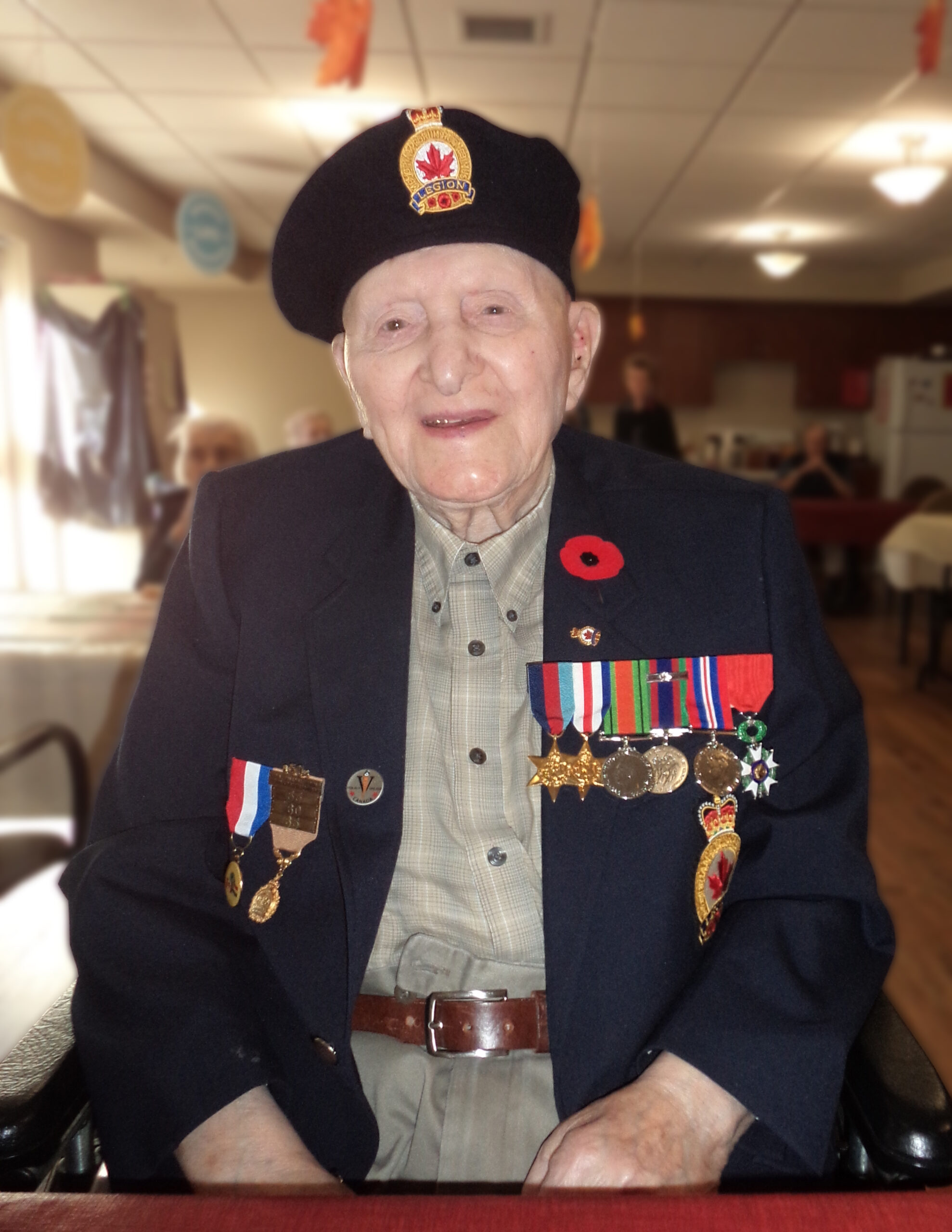 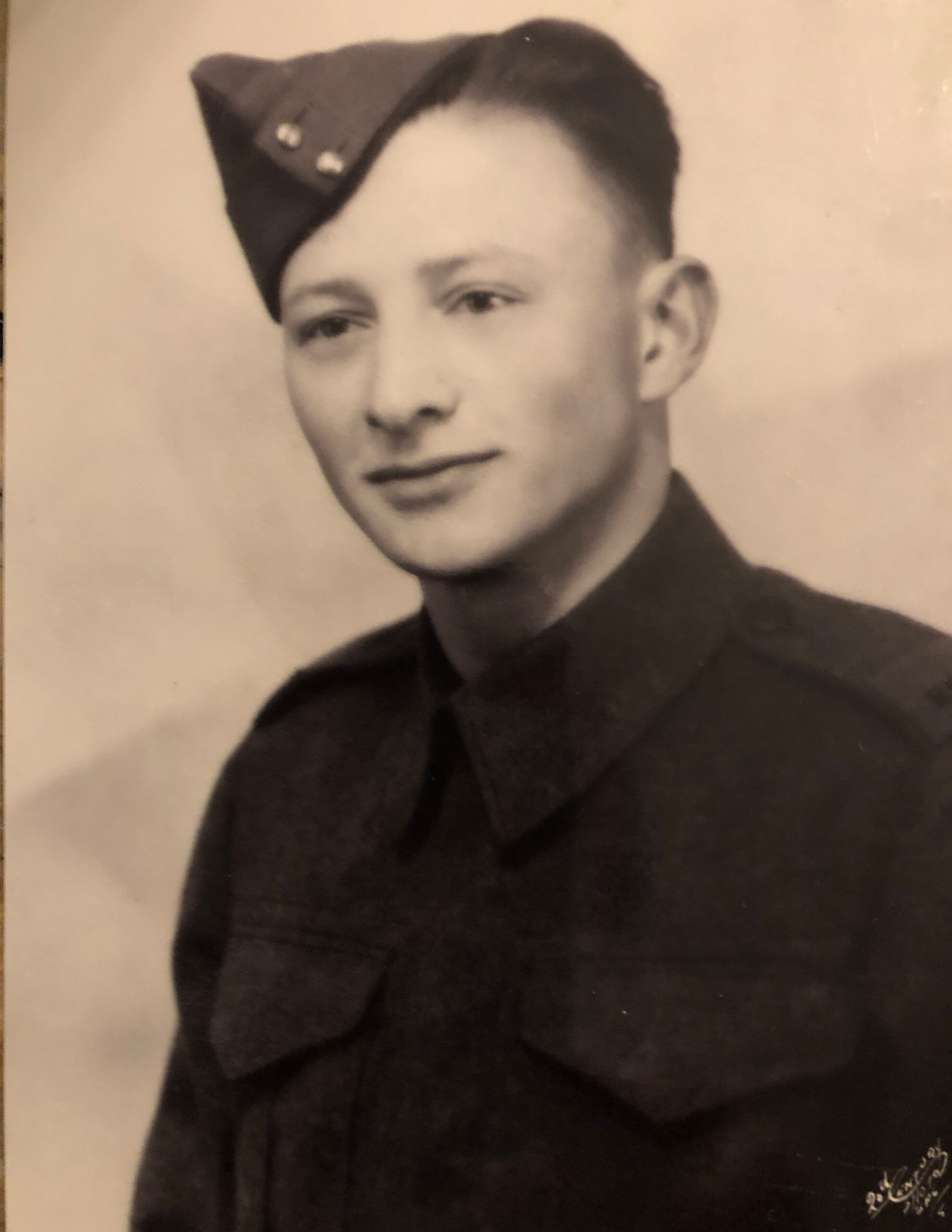 Peter joined the Canadian army on July 18, 1941. He underwent basic training in Grande Prairie, Alberta, with the Royal Canadian Artillery (RCA), then onto Brandon, Manitoba, where he joined Royal Canadian Ordnance Corps (RCOC) as a blacksmith/welder. After completing training in Winnipeg, Manitoba, Barriefield and Hamilton, Ontario, he shipped out to England on 5th December, 1942, with the 3rd Division, 9th Canadian Infantry Brigade Workshop. He was rebadged to Royal Canadian Electrical and Mechanical Engineers (RCEME) in May 1944. On D-Day, 6th June, 1944, he shipped out to France with the invasion force. They sat offshore for two days, waiting for an area to be cleared of land mines so they could land and set up shop. Peter said they felt like sitting ducks, even though the ship had barrage balloons tethered to it, and he recalled sitting in the LST (Landing Ship Tank) praying they wouldn’t get bombed. Finally on 8th June, 1944, they landed on Juno Beach. His unit moved with the front, maintaining equipment throughout France, Belgium, Holland and finally, Germany, where the war ended.

In 1984, Peter and his wife, Norma, returned to Holland on an intercity trip between Kelowna, British Columbia, and Veendam, Holland, to mark the 40th anniversary of the Liberation of the Netherlands. He proudly reported that the Dutch people hailed them as heroes and treated them royally. Peter’s medals and decorations include the 39-45 Star, France Germany Star, Defence Medal, Canadian Volunteer Service Medal, and the War Medal. On his right breast he proudly wears the Commemorative Liberation of Holland medal. On 7th April, 2015, Peter received the Legion of Honour medal from the French government which he wears proudly when attending Remembrance Day services. At the wonderful age of 100, Peter is unfortunately going to miss attending the Remembrance Day service this year due to COVID-19. Peter is a member of Canada’s “Greatest Generation.”

Peter is a resident at Good Samaritan West Highland Centre in Lethbridge, Alberta.