The programs, practices and policies of The Good Samaritan Society and Good Samaritan Canada are managed by a team of top professionals who are not only extremely skilled but are passionate and dedicated to the vision, mission and values of the organization. 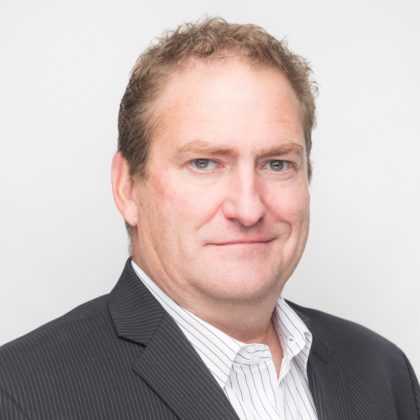 Julius is an influential leader who creates and communicates organizational vision and strategy based on sound business principles. He is growth oriented and effectively engages people to meet operational and financial targets through living the organization's mission, vision, and values. Julius is committed to servant leadership, developing people, and ensuring the needs of the people we serve are met.

Before assuming the role of President and CEO, Julius’ professional background included serving as Chief Operating Officer and Vice President of Support Services and Business Development for GSS/GSC. His role in these positions underscored his ability to create healthy relationships and hospitable environments with employees, residents and their families, and volunteers through open communication, trustworthiness, and integrity.

Julius has been in the hospitality industry for 28 years. Over this period, Julius gained international experience in hospitality through working in South Africa, Ireland and England in positions of Regional Director - Restaurant Operations and Project Manager. After moving to Canada in 2005 Julius has been involved with Hospitality Companies and Contract Food Service Providers in the roles of Director of Operations and Regional Director. Being involved in these organizations has helped Julius gain more experience and prepare him for his current role ensuring we're providing Christian Hospitality to those in need or at risk.

He spent three years at Witwatersrand Technicon and holds a Mechanical Engineering Diploma. He is an outgoing and caring team player who brings a highly logical approach to projects and tasks. Because of this, he is able to solve difficult problems quickly and has played a major role in the financial success of the organization.

Julius brings a unique perspective to Hospitable Environments initiatives specifically and enjoys enhancing and enriching the lives of residents by providing them with living environments that feel like home.

Born in Port Elizabeth, South Africa, Julius was in the South African military where he held a leadership position as a corporal in the parachute battalion. In his spare time, he enjoys golfing, fishing, and spending time with his family. 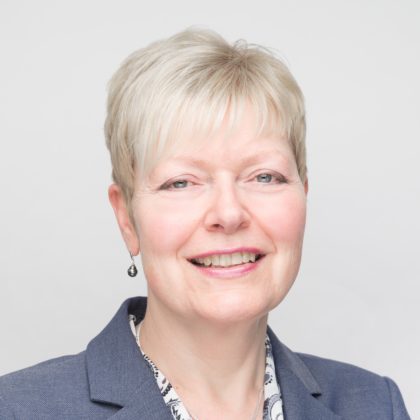 Sindy has a Bachelor of Commerce Degree from the University of Alberta and obtained her Certified General Accountant designation in 2000. Sindy joined The Good Samaritan Society in June of 2004 as their Finance Manager and was promoted to the Director of Finance role in October 2011. Sindy's prior work experience includes 7 years auditing retail cooperatives and another 7 years working in various accounting roles in Alberta¹s oil drilling industry. Sindy also served on The Good Samaritan Society¹s Board of Directors from 2000 to 2003. 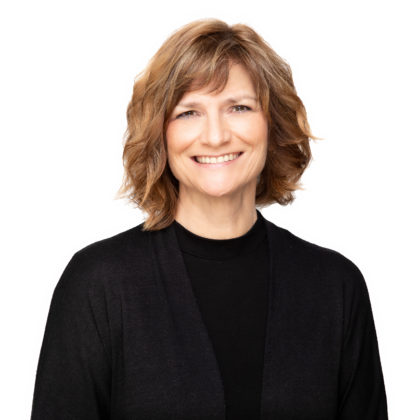 As a Registered Nurse for more than 30 years, Edythe began her nursing career with a focus on community health. Through a desire to seek varied nursing experiences, she began a casual nursing position at Good Samaritan Southgate Care Centre and it was during this experience that she discovered her passion for seniors’ health and the world of continuing care. A casual position soon evolved into a permanent role, leading to a career of 27 years, including new roles in clinical informatics and then as a Director of Quality Improvement and Risk Management. After a brief time away, she recently returned to the GSS team, taking on her current role of Vice President, Clinical Support, where she guides and oversees clinical practices, quality of living initiatives, and health information management.

Never one to shy away from learning, Edythe has experience in both the continuing and acute care sectors, a long history in collaborative project leadership and partnerships, and has a certification in gerontological nursing. She is a recognized leader in quality and safety practices, as well as continuing care policy and standards, including Accreditation Canada requirements. 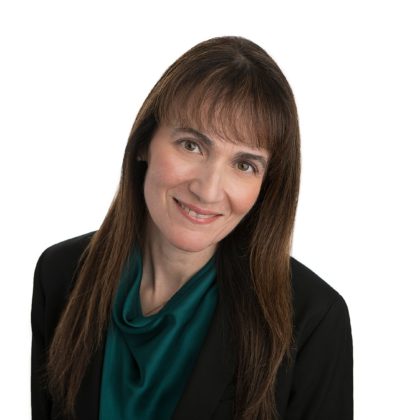 Michelle is an accomplished executive professional with extensive international corporate experience in a variation of private and public sectors. She has over twenty years of professional experience in all facets of human resources and people strategy, labour relations, strategic planning and executive leadership management and development. Michelle is a multilingual leader and high performer that develops executable strategy and employs human capital practices that attract, retain and develop high potential talent.

Michelle was most recently the Corporate Director of Human Resources Integrated Client Services for the University of Alberta and prior to that held the positions of Deputy Chief/Chief People Officer for the City of St. Albert, Chief Human Resources Officer in the European Telecommunications sector and was also the Vice President of the National Foundation for Human Resource Development. She is also currently the Vice President of the Alternative Dispute Resolution Institute of Alberta.

In her work as Vice President of the National Foundation for Human Resource Development and as a Board Director and Managing Partner of ‘Objective HR’, a professional consultancy firm, Michelle worked diligently to promote and advance HR practices, standards and ethics as well as ADR/mediation practices, by promoting designation standards and advancing/educating standards of practice both within private corporations as well as throughout a variation of levels of government.

Advancing and successfully executing people strategy initiatives and a commitment towards purposeful and authentic leadership are philosophies she has consistently striven to incorporate in all aspects of her work. Her commitment to providing solutions for individuals to resolve conflict and to negotiate terms of resolution as well as promoting clear differentiators and employee centred value propositions have proven to be a successful strategy throughout her professional career. 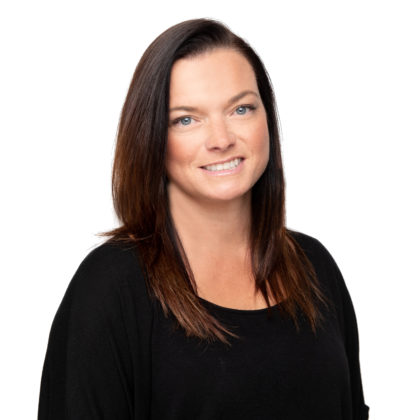 Candice is a Registered Nurse, with a Bachelor of Science in Nursing degree from the University of Alberta and a Post-Baccalaureate diploma in Management with an Executive Master of Business Administration degree from Athabasca University. Her background in nursing includes experience in medicine and the Public Health sector. 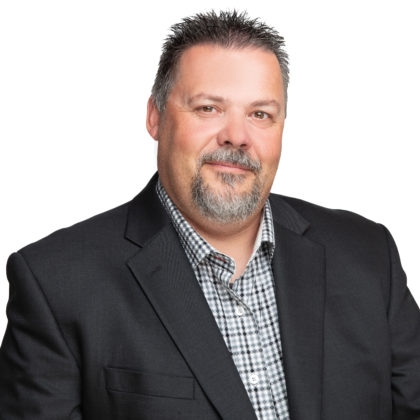 Prior to joining The Good Samaritan Society, Trent worked 15 years the former Cypress Health Region, now The Saskatchewan Health Authority, in multiple roles, starting as the Manager of Infection Control/Employee Health/Sterile processing, then becoming a facility manager. From there he was promoted to the role of Director of Population Health and finally for the last 6 years was the Director of Long Term Care and Integrated Health Services. While working with the Cypress Health Region, Trent also provided clinical project management to three new builds, which included all aspects of acute care and long term care.

Trent is a registered nurse, and his educational background includes a Bachelor of Nursing Degree from the University of Lethbridge. He also has received education and certification in the Eden philosophy of care, ADKAR Change Management program, Firefighting, and the fields of Emergency Medical Response and Infection Control.

Trent also enjoys being involved in his surrounding community, and currently volunteers at his local church in the area of hospitality. He previously worked as a volunteer fire Firefighter/EMR for 13 years. 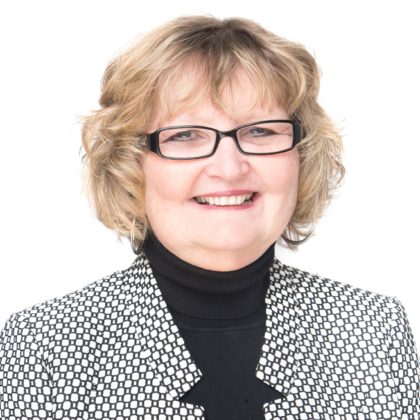 Karen holds a degree in Theology from Taylor University and was consecrated as a Lutheran Diaconal Minister in 2004. Engaged in team ministry at a parish for 15 years Karen joined The Good Samaritan Society (GSS) and Good Samaritan Canada (GSC) as a chaplain in 2012, serving in various care homes in Edmonton and area. She was promoted to Director of Mission Effectiveness in 2016.

Additionally, Karen sits as a member of the Western Canada Examining Committee, a body to examine candidates for ordained and diaconal ministry within the ELCIC.

Karen has a passion for the mission, vision and values of GSS/GSC based on the parable of The Good Samaritan. As a Christian, not for profit healthcare provider, we have a unique identity that is important as we strive to live out our core values by providing healthy relationships, a hospitable environment and by modeling servant leadership. Called to ministry within GSS/GSC, Karen hopes to inspire staff and volunteers working in our care homes to become extensions of God’s love to the residents and families who come to live at GSS/GSC. 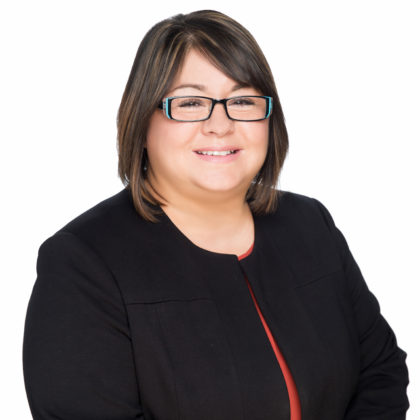 Manager, Executive Office and Board Relations

Paola Gatica joined the organization in December 1988. Her career with The Good Samaritan Society started at Good Samaritan Mount Pleasant Care Centre in Business Office Management. Paola has held several administrative roles in the organization and in her current role she manages the team that provides administrative and office support to the Senior Leadership Team. Paola supports the Board of Directors and Board Committees to ensure they carry out their mandated duties and responsibilities.

She has extensive experience in areas of business/executive office management, project management, communications and marketing, fund development, event planning, risk management and Board governance. Paola holds a Visual Communications certificate from NAIT and has completed the Project Management Series at the University of Alberta Faculty of Extension and the NFP Governance Essentials program from the Institute of Corporate Directors (ICD).

Bring Joy to those in Care

As a charity, The Good Samaritan Society raises funds to provide loving care and quality service to honour the diverse population we serve. Donations to our charity allow us to enhance the programs and services we offer to more than 6000 people.